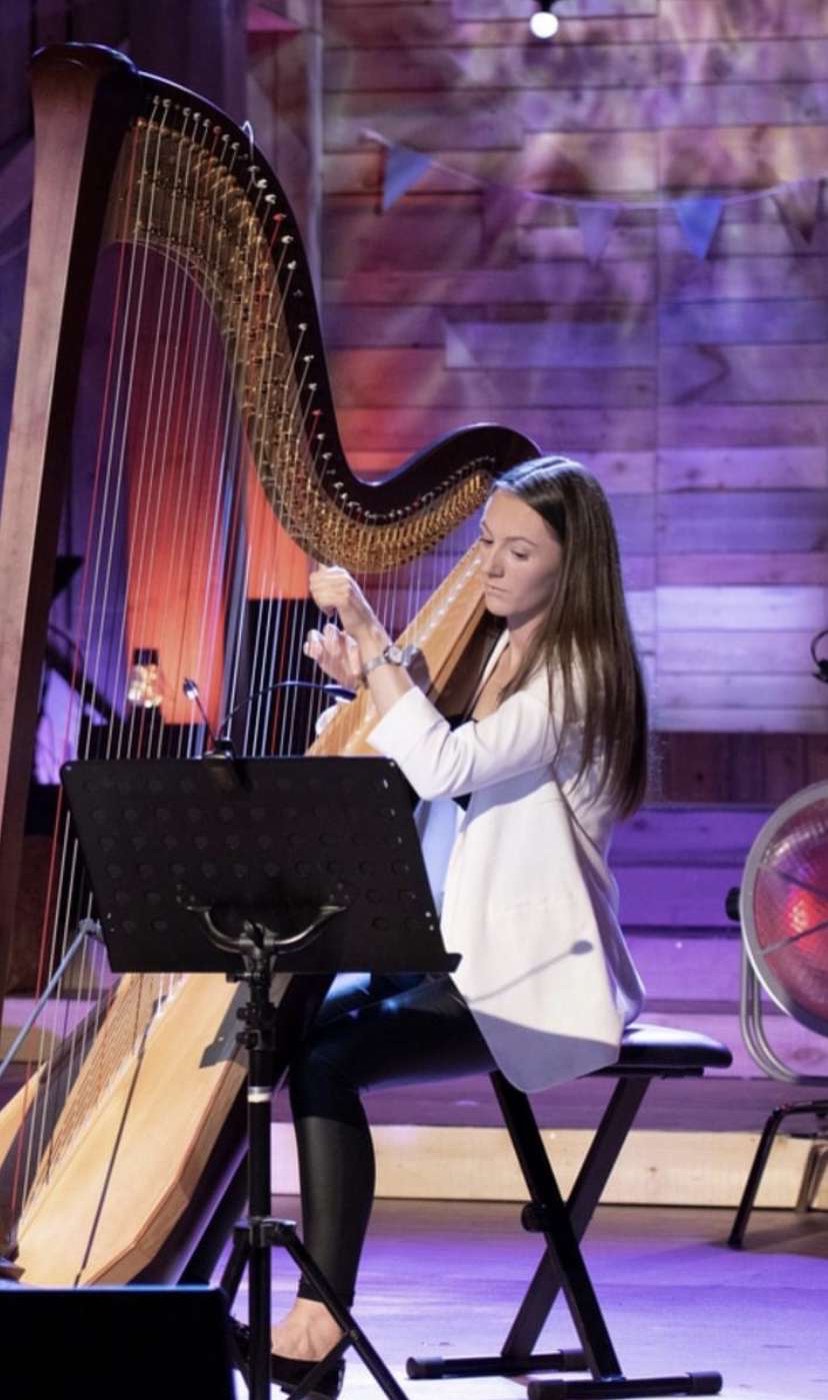 The winner of the Young Musician 2022 is harpist Annest Davies.  She will be performing at St David’s Music Festival on 4 June as part of her prize.  Second prize went to Sara Llewellyn on marimba and vibraphone, with Eliza Bradbury taking third prize, also on the harp. The other two finalists were violinist Cerys Bowen and trumpeter Dylan Savage.

The audience also heard a work commissioned from former young composer Tom Wheeler played by trombonist Rhydian Tiddy, the 2019 Young Musician winner. Featured also was a performance on the harp from Gwenllïan Hunting-Morris, the 2021 winner.

The Young Composer concert featured works by twelve of the 42 young composers that had submitted pieces. The pieces were performed by a wind quintet from the BBC National Orchestra of Wales.